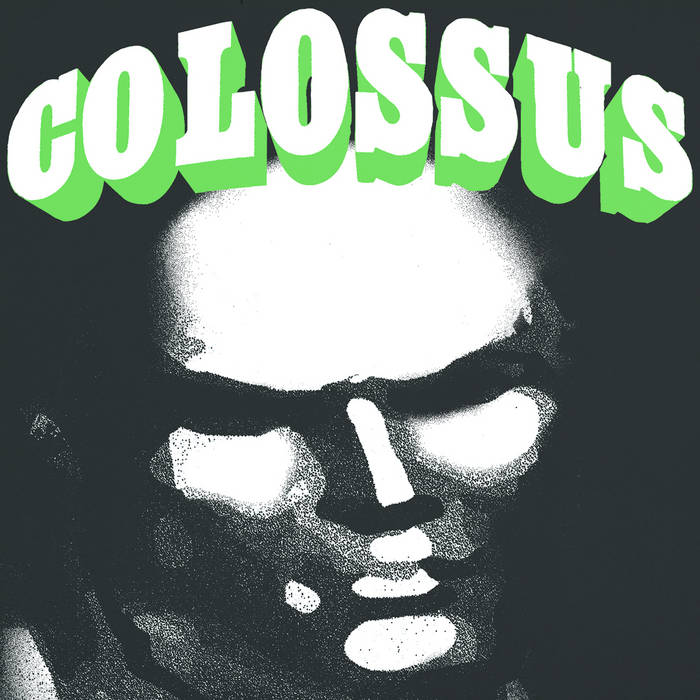 Colossus live up to their namesake on their just-released raging debut EP. This should come as no surprise solely based off of players that make up this New York band.

In celebration of their new project, I got the chance to connect with Mike and Tom to talk all-things Colossus.

Colossus formed from an ongoing idea amongst friends, coming to fruition in the last couple months of 2020.

Mike: Jay and I discussed putting together a band for Tom. I had been wanting to do a band where the bass was the lead instrument, so we used that as the foundation of our sound.

Tom: Those dudes recorded the 4 songs without me even being aware of it. Jay then hit me up to tell me about the idea and I was stoked. I had an email called “SOIA bass groove band” a few minutes later.

That's awesome. I think that’s a very accurate description of the band having the bass act as a lead instrument, the start of the 'King Is Dead' is a perfect example.

Mike, for people familiar with other bands you have played in, was the writing process much different? You mentioned the desire to have the bass be the leading element. Were these songs written with Tom’s vocals in mind or was it after the fact that you felt they’d lend themselves perfectly to the music?

Mike: The writing was a much different approach from Mindforce. Jack and I sent each other a few riff ideas the week we recorded, and then we pieced the songs together with Jay in the studio.

We didn’t want to overthink the arrangements and the goal was to keep the guitar parts simple. It was a nice change to just back up the bass lines.

From the start we wanted Tom on vocals. The songs were all based on influences the 4 of us love, so we knew he’d kill it.

That’s really cool to know. I think that writing approach to not overthinking the arrangements paid off on these tracks because they are very direct sonically and opened themselves up well to Tom’s vocal style. A worry I sometimes have with “super groups” is that they can come across as forced, but this feels wholly its own.

Earlier we referenced the second track of the four, 'King Is Dead," as an example of a track led by the bass, but it is clearly a hallmark on the whole EP.

The tracks all showcase a bass groove as the backbone while the songs are equally layered with bursts of driving riffs, punching drums and Tom's distinct vocal style featuring a newfound bounce.

All this to show that the band found a way to lean on each other's strengths in a very captivating way.

Tom, on your end, how did you decide to tackle the lyric writing? I know it has been a number of years since you have had to write. Did you find yourself leaning on any new inspirations or did the writing come naturally once you started?

Tom: I had some ideas that I wanted to address. I just listened to the songs a ton and sort of got back into the groove. I got how I wanted the parts to go and then wrote to that. It was different for me but I loved it.

Yeah, no pun intended, but it's fair to say you were back in the groove. The placement of the lyrics really fit well into the groove of the songs and lend themselves to a lot of opportunities for people to catch the lyrics and music at the same time.

Give the third track on the EP, "Miles Away," a listen and you can see exactly how the combination of music and eerie chorus is sure to have an entire crowd reciprocating the energy of the song.

I think you all compliment each other really well. Which is not always the case for people in previous bands getting the chance to play together.

One last question on my mind, that I think other people will have is, where does Colossus go next? Not to continue comparisons but I think given the way music is now people might be fearful that this is just a quarantine project or a short lived side project. Will Colossus continue to be as active a band as possible?

Tom: We never really discussed that. The other dudes have Mindforce and Age of Apocalypse, so those take precedence. Indecision plays once or twice a year, so I have more time [laughs]

Mike: It is a weird time to make any definite plans. We're all psyched on how the band came out so I'm sure we'll do more.

The Colossus demo is available now on vinyl via Triple B Records.

Nick Acosta is behind New Morality Zine, a hardcore-focused zine that has morphed into a record label. Excide, Life's Question, and Buggin are just a few of the bands that have released music through the label.